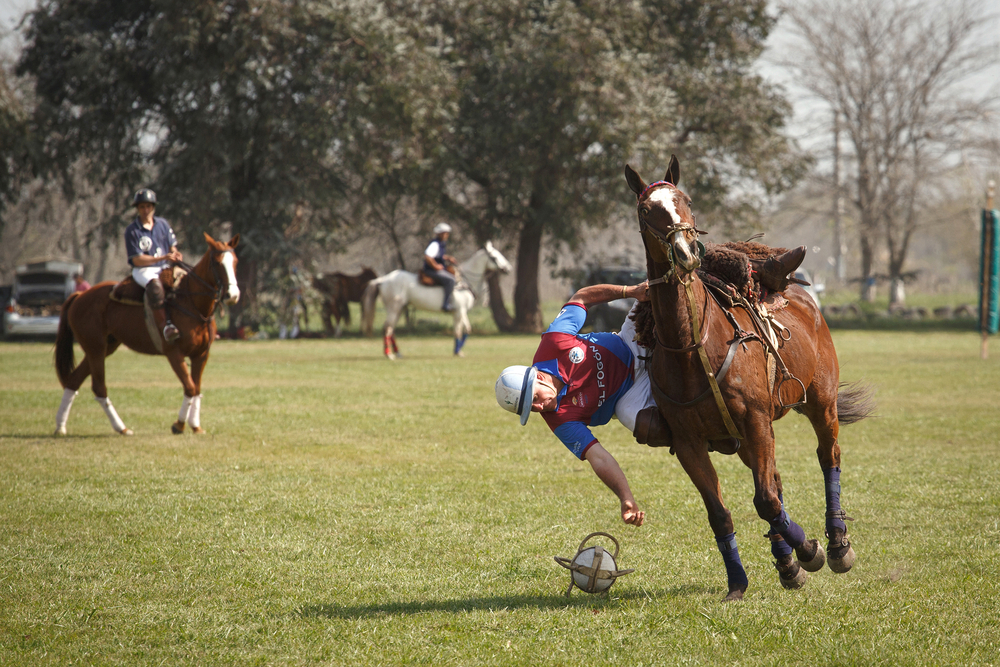 Sports have captured our hearts and minds. In 2020, the NFL made $13 billion in revenue and MLB wasn’t far behind with $10 billion. The NBA made $7.4 billion and the NHL made $4.43 billion. Around 154 million people watched live sports at least once a month in the U.S., according to Play Today. That number will rise, experts forecast, to about 160 million in two years’ time.

But what about the sports that people watched 3,000 years ago? There was dwile flonking, pato and a Mesoamerican ballgame, along with a few sports that we still play today. These games might sound strange, but there are a few sports you may recognize.

The Game of Lacrosse

What began as stickball, a Native American contest that training tribal warriors played for recreation and religious reasons, is what we know now as the international sport of lacrosse.

The Iroquois Tribes played the first game in the St. Lawrence Valley area around A.D. 1100, making it America’s oldest team sport. The sport caught on with other tribes in the eastern half of North America and around the Great Lakes.

Games could take place for several days and were the equivalent of the Super Bowl. The field itself was hundreds of yards, or several miles in length and width. The players ranged from 100 on the field to as many as 100,000 players.

Players used wooden sticks in early games, sometimes with net baskets or pockets attached, and used small, deer hide-wrapped balls. Deer sinew formed the nets. Native American oral traditions say birds and mammals played the first lacrosse game. And some believe the sport was a gift from the Creator to use as medicine.

The History of Sumo Wrestling

Prehistoric cave paintings show ancient sumo wrestling as a dance or ritual to pray for a good harvest. The earliest written record of sumo is found in the Kojiki, a book from A.D. 712 and the first match was in 23 B.C. Early sumo wrestling was a violent affair, often to the death.

From early religious practices, sumo became a sport for royalty. Matches were done in the courts of emperors. From imperial courts to the masses, sumo gained popularity. Those who possessed the Japanese islands 2,500 years ago, competed in a sumo wrestling match.

It is the official sport of Japan and today’s sumo wrestlers are superstars. Though the rules are simple, the training and discipline to become a sumo star is hard. If any part of your body other than your feet touches the ground, or you step outside the straw ring, the match is over, and your opponent is the winner. Some winners in the past got the entirety of Japan.

The national sport of Argentina, juego del pato (pato), is a game played on horseback that combines elements of polo and basketball. The basic rules are two teams of four ride on horseback to get the pato (leather ball with six handles on it) through netted hoops at either end of a grass pitch. The game is played over six periods of eight minutes.

However, back when the game originated around 400 years ago, players used a duck inside a leather bag. And since pato means duck, the game’s name was invented. They put a hapless fowl in a leather bag and tossed it about. The live duck would invariably die during the competition. The competition was fierce and oftentimes, violent and bloody.

According to Traditional Sports, during the beatification ceremony of San Ignacio de Loyola in Buenos Aires in 1610, “They sew the leather where a live duck sticking its head out has been placed. This leather is made up of two or more handles from which the two strongest men in each team hold on to halfway between the destinations that have been signaled. Enthusiastically, they pull strongly until the strongest team grabs the duck and carries it with them, thus making their rival fall down onto the floor if they do not let the duck go. The winning team starts running and the opponents race after them and surround them until reaching them through one of the handles. They pull strongly once again, and the team that manages to carry the duck to the stated destination wins.”

Players no longer harm ducks and the country rabidly follows the game today.

The origins of Dwile Flonking are hazy since drunkards from the Middle Ages may have created it. Some claim that a Pieter Brueghel the Elder painting, entitled Children’s Games shows a variant of it.

The pub sport involves two teams. Each team has twelve players. Each team takes turns dancing around the other. They dance while avoiding, at all costs, the non-dancing team that throws a beer-soaked cloth. The team with the highest number of points wins. If there are players that are still sober, they lose points.

More specifically, according to Tradfolk, there are specific terms for parts of the game. Teams go by a “flonker,” and a “jobanowl.” One team will yell, “Here y’go t’gither!” And when a team gets no points, they must drink the contents of an ale-filled gazunder while others chant, “Pot! Pot! Pot!”

While this might sound confusing, perhaps all of it makes more sense after a pint.

Afghanistan’s national sport is buzkashi. The basic rules are players drop an animal carcass at one end of a field, and horse riders scrum around the carcass as players fight to grab it. Whomever breaks away with the carcass must carry it around the marker across the field. Opposing players can pummel them. The game is exceedingly rough, violent and dangerous. If they are successful, the carcass is dropped back to the end of the field.

The sport took hold in the 10th century, when nomadic Asian tribes spread it across the east. During the first reign of the Taliban government in Afghanistan, they banned the sport since they considered the game immoral. After the Taliban was ousted, the game resumed. When the Taliban returned to power in 2021, they allowed the sport to continue. There are now leagues and competitions to become champion.

Because the Mesoamerican Ballgame is ancient, we don’t know the rules. Losers, may have lost their heads. Judging from the sport’s descendent, ulama (a ball game played in Mexico still played to this day), the rules were probably like racquetball, where the aim is to keep the ball in play. There was a common theory that players struck a ball with their hips, forearms, rackets, bats or hand stones. The ball size and weight differed greatly through the years, but was made of solid rubber.

The sport is tied to religious practices. Competitions often ended in human sacrifices. Sometimes they used a “ball” from a human head or skull. Ball courts have been found throughout Mesoamerica, as far south as modern-day Nicaragua, and as far north in what is now Arizona.